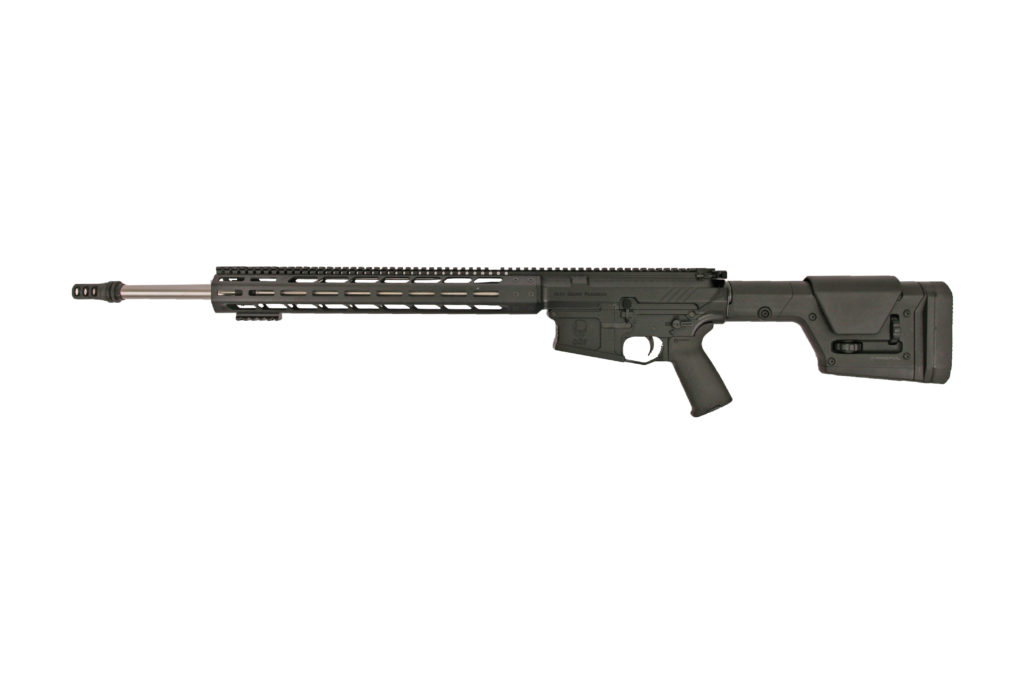 I’m a fan of Grey Ghost Precision as much for the gear as I am for the people that make up the company. Quality folks all around.

The team has recently announced The Grim precision rifle in 6.5 Creedmoor and that it is available to order at the Grey Ghost Precision website.

I know some folks that have been testing the rifle for a while now and the overall feedback has been positive. I have not personally shot one, so I have to reserve judgement.

That said, with the growth of PRS and the precision community in general, it’s good to see shooters getting gas-gun options in 6.5CM. Shooting my bolt gun chambered in 6.5 has been a blast, and I’d be excited to see what the Grim can do as an off-the-shelf package.

With included components like Magpul MLOK rail, Proof Research stainless barrel, and CMC or Geissele as trigger options, the Grim does not skimp on parts quality. That is surely reflected in the $3099 MSRP. But in this case, for a ready-to-go long range gun, all you have to do is supply the ammo. That’s a win in my book.

Available in a variety of cerakote options for those of you that like to match your gun to your outfit, the full press release is below for all the details. 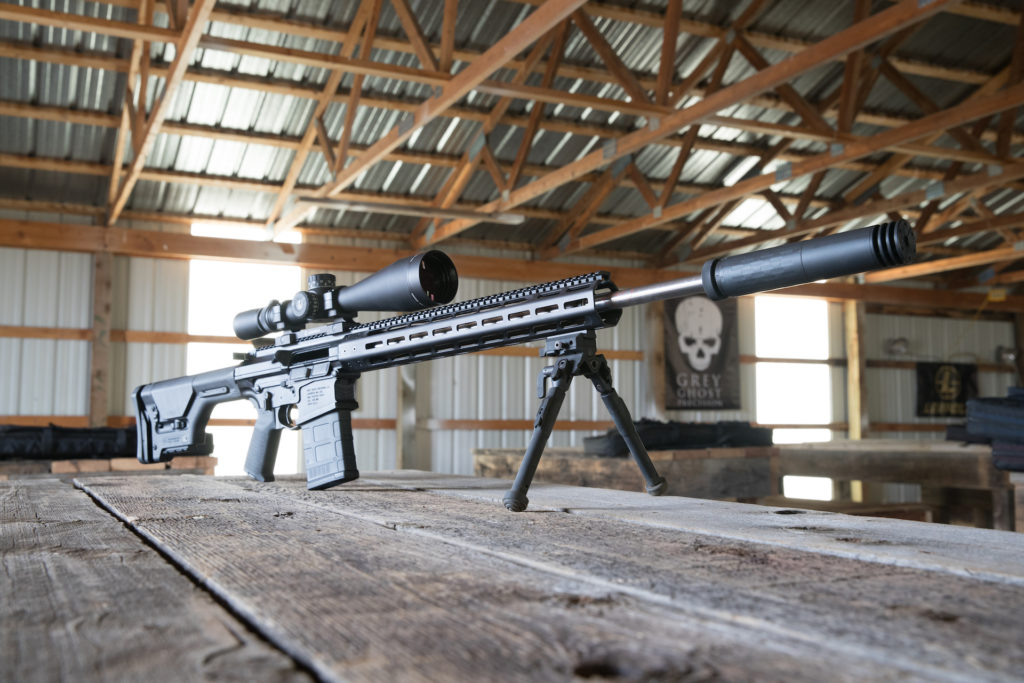 Lakewood, WA – Grey Ghost Precision, leading manufacturers of accurate, reliable, and attainable weapon systems, is excited to announce a new caliber to their series of rifles— the increasingly popular 6.5mm Creedmoor, or to their family and friends, “The Grim.”

The Grim, as is the case with all the Grey Ghost Rifles, is built on the powerful Grey Ghost Precision 7075-T651 billet  – for both the upper and ambi-lower receiver set. After being cut, they are True Black Type III Mil Spec Hard Coat Anodized, with additional cerakoting options available.

The handguard is available in the KeyMod and the new M-LOK hand guard systems, a Magpul Gen3 PRS Stock and a Superlative Arms Adjustable Gas block.

The Grim comes with a CMC Curved or Flat Trigger, with the option to choose Geissele SSA-E with a $160.00 up-charge. The barrel is a 22” Proof Research Stainless barrel with a 1:8 twist.

“This particular caliber is the fastest growing caliber for tactical shooters, and is a great section for medium to long range (500 to 1,000 yds.) shooting,” stated Grey Ghost CEO, Casey Ingels. “Ballistically speaking, when compared to other rifles in the PRS circuit, like the .308, the 6.5 Creedmoor outperforms, with a noticeable reduction in recoil.”

Grey Ghost spends no time, wasted on production – partnering with only the best in the industry, to ensure that every product that goes out the door is worthy of it’s name. Maintaining that realm of excellence, the Grim was in production for nearly two years. What you get, is a competition-ready rifle, as soon as it comes out of the box.

“Originally developed to be based closely to that of our popular S-Heavy, the Grim needed some outside expertise in order to truly be perfect,” stated GGP Director of Business Development, Lindsey Lea.  “We sent the original design over to Jim Staley and the team at Deliberate Dynamics, who helped to spec everything (trigger, buffer, gas block) and ensure that everything ran as it should. Once we had the rifle dialed in, I got in touch with Scott Satterlee (as he’s pretty much a legend).  His initial response was “I LOVE IT”, but requested an upgraded PROOF barrel with an extended gas system. Adding that barrel alleviated any remaining minor issues we were having with the gun.”

Grey Ghost Precision produces weapon systems that are accurate, reliable, and attainable while ensuring that these platforms are ready for combat and will stand the rigors of hard use and perform with devastating results. The GGP team collectively has an extensive background in the military and in manufacturing. Rifle and pistol design specifications are directly influenced by a network of industry and shooting sports experts.

When customers include family and friends that use these rifles, pistols and accessories to protect themselves in dangerous environments, you are very serious about their safety and survival. GGP has zeroed in on quality and reliability to ensure that these platforms are ready for combat and will stand the rigors of hard use and perform with devastating results.

A while back, I wrote about my plans to head out this fall,…

NOVESKE PRESS RELEASE Dillon brings to the company over 25 years…

0 Comments on "Grey Ghost Gets Grim"