Video of the Week: “MultiCam: One Man Against the SCORE International Baja 1000” 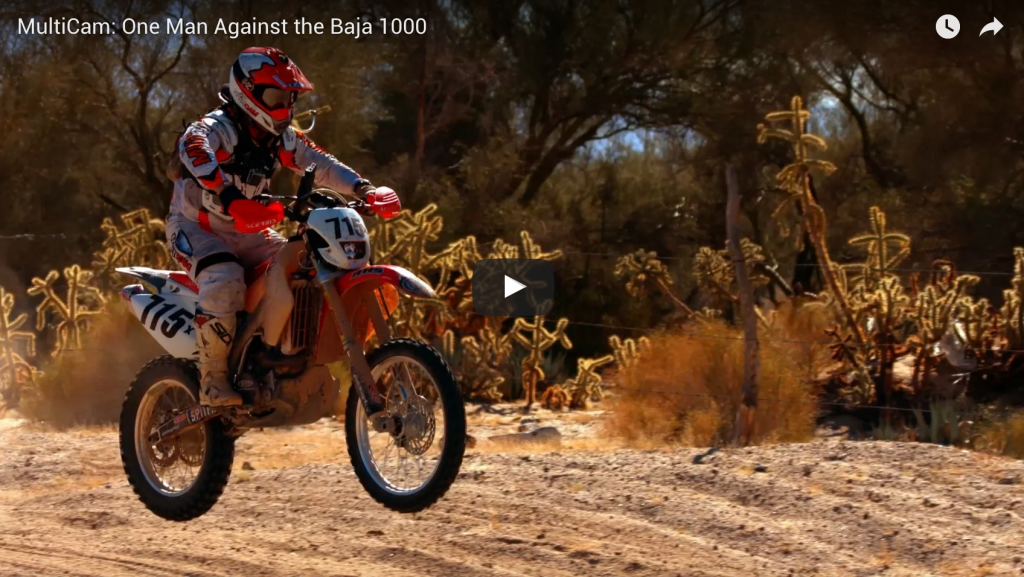 It’s all about the story. Every. Single. Time.
That’s why we were stoked to come across this video put out by MultiCam® (yes, that MultiCam®) and their coverage of the story of former Special Operations veteran Jeff Benrud.

You see, Benrud decided to take on the 48th SCORE International Baja 1000 by himself. No big deal after taking on the Taliban and performing over 700 assaults while in the US Army, right? Wrong.

“Known as the longest point-to-point off-road desert race in North America, the Baja 1000 puts participants through a grueling pursuit, racing for close to 1000 miles through relentless terrain comprised of jagged rocks, loose sand, powdery silt beds, technical hill climbs and even more technical descents – not to mention livestock roaming freely. The Ironman division required riders to take on the burden of the entire race, on their own. No teammates, no rests.”

Armed with his #715x MultiCam® Alpine wrapped Honda CRF450x and an unequaled will, Benrud set out to complete the Baja 1000 in the Ironman division, his first solo attempt across the 821 mile course.

“There are few people who show as much fortitude, drive and overall conviction as Jeff. Our pride in being able to support him and his efforts is immeasurable,” stated MultiCam® Brand Manager, Ernesto Rodriguez. “Jeff is not only a hero to our country, but he is also one of the toughest men on the planet.”

Foxhound Productions teamed up with MultiCam® to film the video, with predictably astounding results.

0 Comments on "Video of the Week: “MultiCam: One Man Against the SCORE International Baja 1000”"