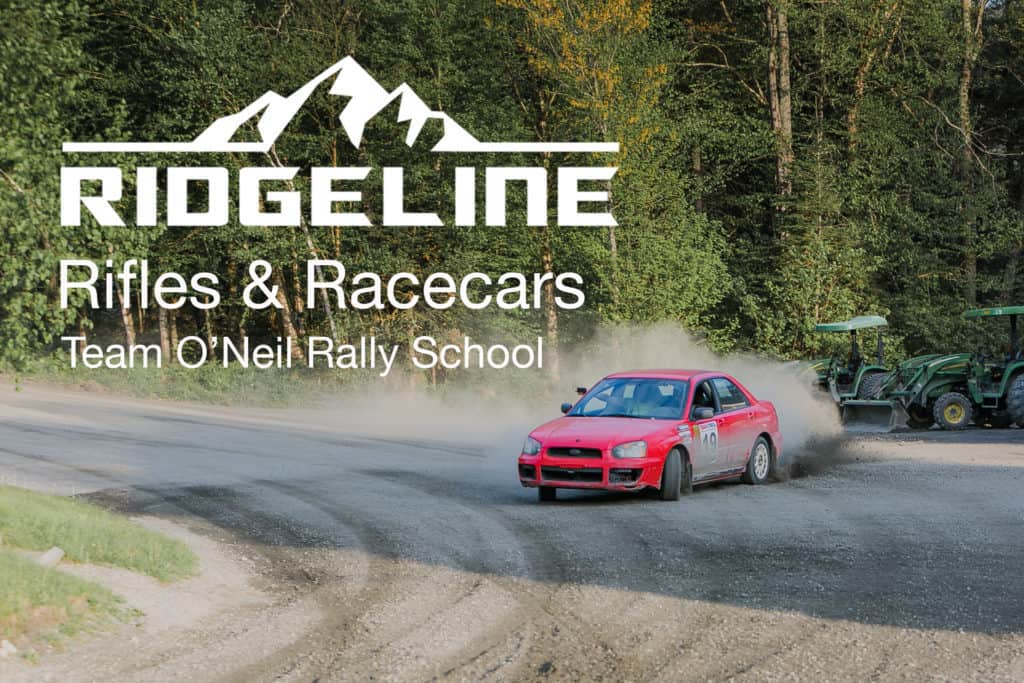 The firearms training segment of the industry is pretty stale these days.

How many fundamental level pistol/carbine classes can you take? Any serious student would say “as many as you can – never stop practicing the fundamentals.” I agree with that wholeheartedly which is why I stopped doing a lot of shoothouse and force on force classes to continue to focus on fundamental learning.

But let’s step back from that for a second and look at how this segment of the business operates. You have a TON of guys and gals out there, hanging out shingles thinking they are going to make a living being a trainer. They may get a few friends to come take a class but they quickly realize that running a training business is a full time job (the horror!) and that the mindset of “teach it and they will come” quickly morphs into “fuck this shit.” 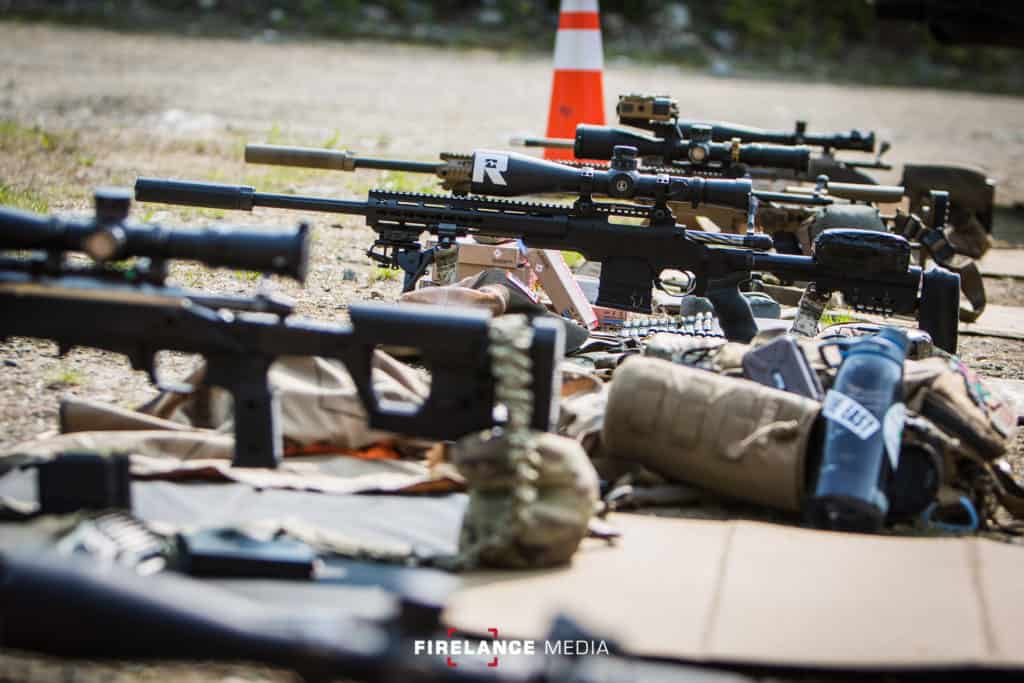 At a basic level, the training segment mirrors the repetitive cycle of the new shooter.

What I’ve noticed over the past 5-7 years (and I’m sure MANY others will see similar patterns going back decades) is that there is a cycle of training that most serious students follow:

Instead of repeating Steps 3 and 4 ad-infinitum, many students jump directly to Step 7. In the past few years, many instructors have been telling me that student numbers are down year over year. It’s really not that surprising.

There are only a few instructors or companies I know that are seeing significant, repeatable success: the ones that have a solidly built curriculum and a strong alumni base, the ones that never stop working and building an actual business, and those that bring something relatively innovative to the market at a time when it needs it. Where have many students been flowing in the past few years? Hand to hand combatives, medical classes, vehicle based classes, shoothouses, nightvision, and now, precision shooting.

There is also a Wild West land grab going on right now in this industry, with everyone fighting for the same small pool of student dollars. So what you are seeing are instructors teaming up together, offering bigger and bigger events, trying to expose students to as many instructors as possible in a concentrated format. All in the hopes that it will stimulate more enrollments.

A few years back I went to the BixPROS Evolution of Shooting (Leatham, Tarani, White) at Gunsite. Then there was “Friends of Pat” (Volumes 1 & 2)  – the event established in memory of Pat Rogers held in Alliance, OH. There is Paul-E-Palooza in memory of Paul E. Gomez. This year there was the Shooter’s Symposium in Texas which was a collection of instructors from the Primary & Secondary crowd. There are certainly others, but these stick out in my mind.

While there is nothing wrong with these events, as a participant, I’m often left wondering, what did I actually learn? Did I come out of there with a better education than I would have at a dedicated class with one instructor? Did I just “touch the magic” of guys I see on the Internet? Did I take the new hotness even though it has no practical application in my life? What is the purpose other than marketing the instructors’ own companies?

Aiming to be Different

Then there are the companies that just want to do cool shit, help students learn, and forget about keeping up with the rest of the industry. Enter Ridgeline.

Full disclosure: You’ve seen me write about these guys in the past in RECOIL. I started with them as a student, had the good fortune to enter into a client relationship with them, and am now just a student again. But I believe in what Alex Hartmann and his team are doing. 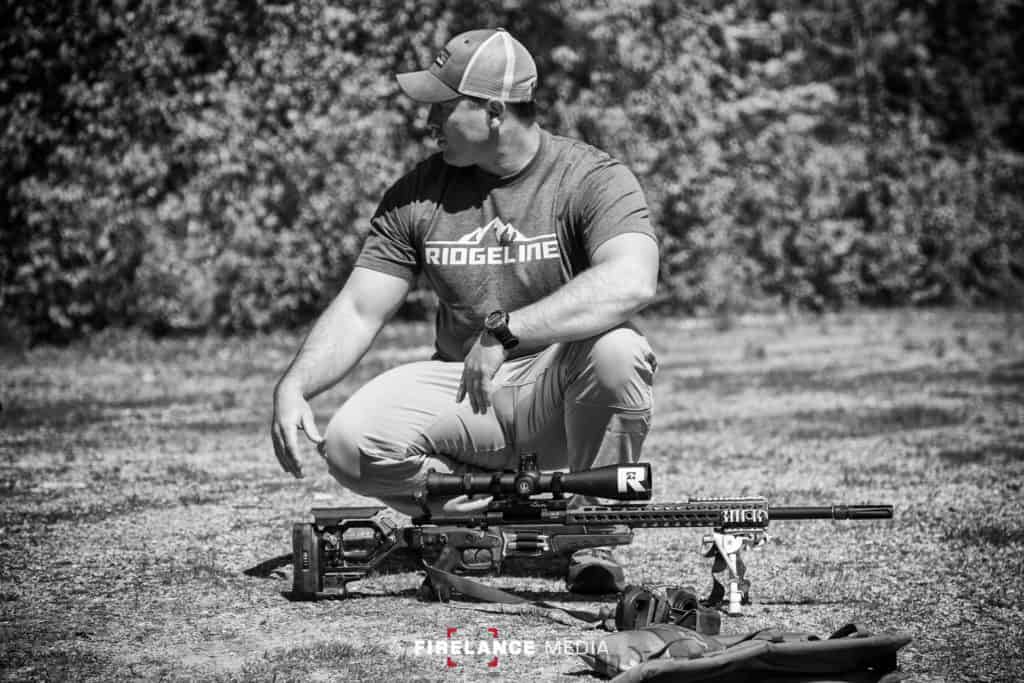 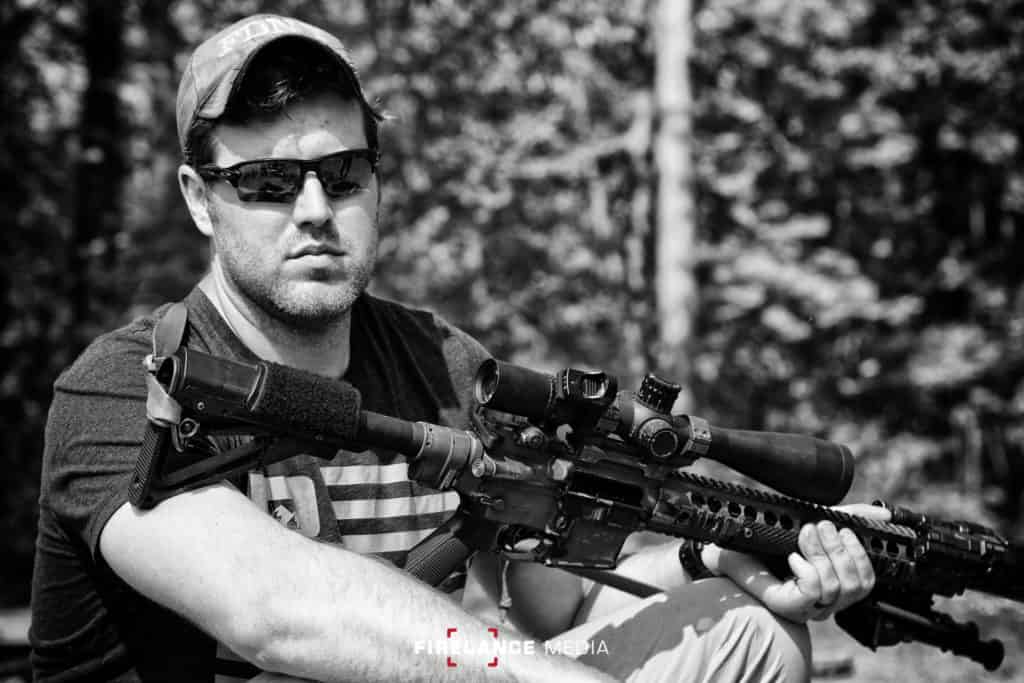 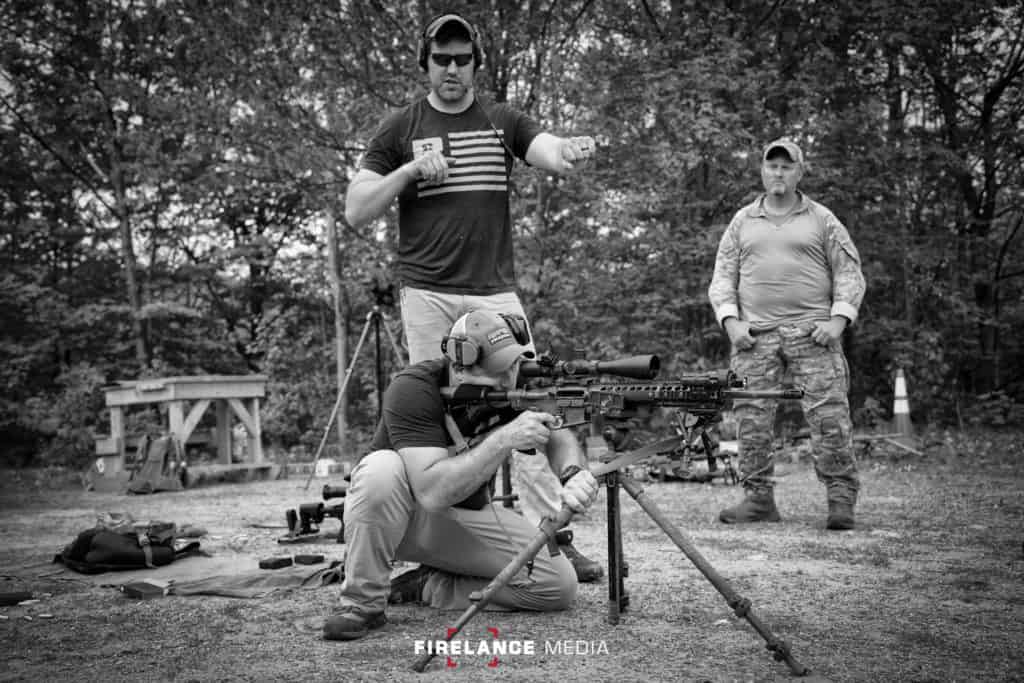 This past weekend, I got to attend one of the coolest classes I’ve been to in quite some time. Ridgeline, in conjunction with the Team O’Neil Rally School, hosted “Rifles and Racecars” in Dalton, NH. Situated in the heart of the White Mountains, this three-day event focused on fundamental to advanced precision rifle shooting, rally car racing, and PRS-style long range competition.

I can see the eyes rolling in the heads of the die-hard training junkies while they call this Fantasy Gun Camp. Yup, it kinda was. And it was fun as hell.

For two days, Hartmann and Ridgeline partner Rudy Gonsior walked 10 of us through the fundamentals of precision shooting, building us up slowly and then turning on the heat during drills like “Group Therapy” and “In Extremis”. We learned the specifics of the precision platforms, how to zero, and how to measure cold bore shift. 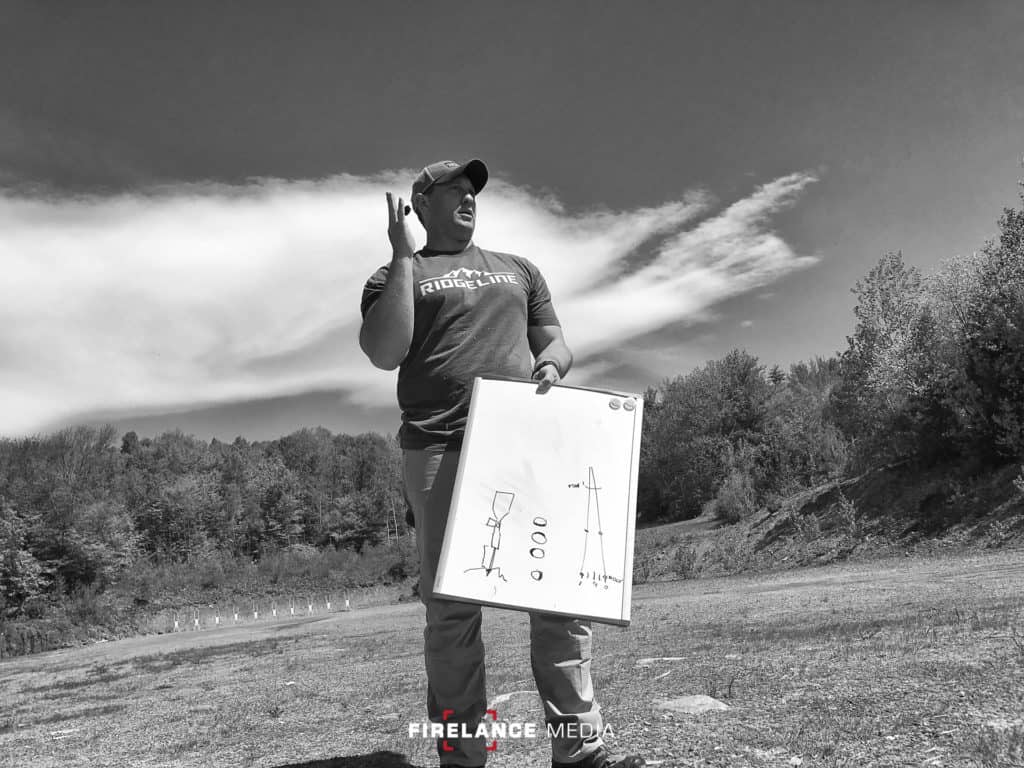 We learned how to call wind with and without devices like a Kestrel, non-standard and alternate positions, how to properly utilize slings and tripods and packs for stability, and how to develop a shooter’s solution to the problem at hand. We verified our skills on steel out to 350 yards (the limits of our square range), we performed under the stress of a shot timer and grew more proficient in two days than I thought would be possible.

Lunch, included in the package, was catered every day which kept us on time and well fed.

At the end of Day 2, we crossed the street to the Team O’Neil Rally School where the guys from Ridgeline hosted a BBQ. Rudy, the Grill Sergeant, manned the flames and cooked #allthemeats. Wyatt and Komar (aka Senator Benoit), two of the Rally School staff (they were also class students) drove us around portions of the rally course at top speed. Even the school’s GM Chris Cyr came to hang out with us. You can sit around a tailgate or a hotel parking lot as much as you want after class. I’ll be over here ripping down a mountain driving course at 75 MPH. Check out the video below for a first-person view of some hot laps) 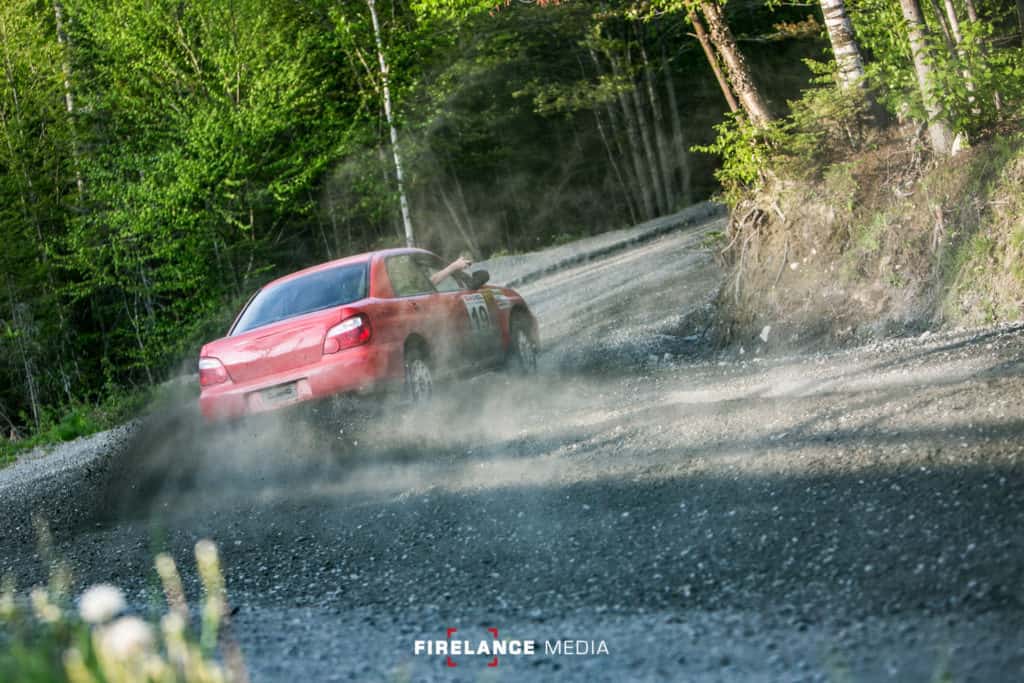 After the BBQ, as a surprise to everyone, Ridgeline made sure that each student went home with something from their prize table. Me? I won a Geissele SSA-E trigger. Others walked away with Manfrotto tripods, Wilcox mounting systems, and Armageddon Gear bags, just to name a few. The generosity of the Ridgeline guys and their sponsors was amazing.

Day 3 brought us again to the Rally School, which in 2017 hosted the first PRS match ever in New England. As part of Rifles and Racecars, we got to shoot some of the exact stages from the match, with targets from 100 yards out to 930. Validating our skills from the prior two days, we put them to the test in an actual competition. Neither the intermittent rain nor the New Hampshire State Bird, the Black Fly, could stop the fun. The group grew closer, the good-natured ball-busting was non-stop, but the support of the students and the insight provided by Ridgeline kept the education flowing. 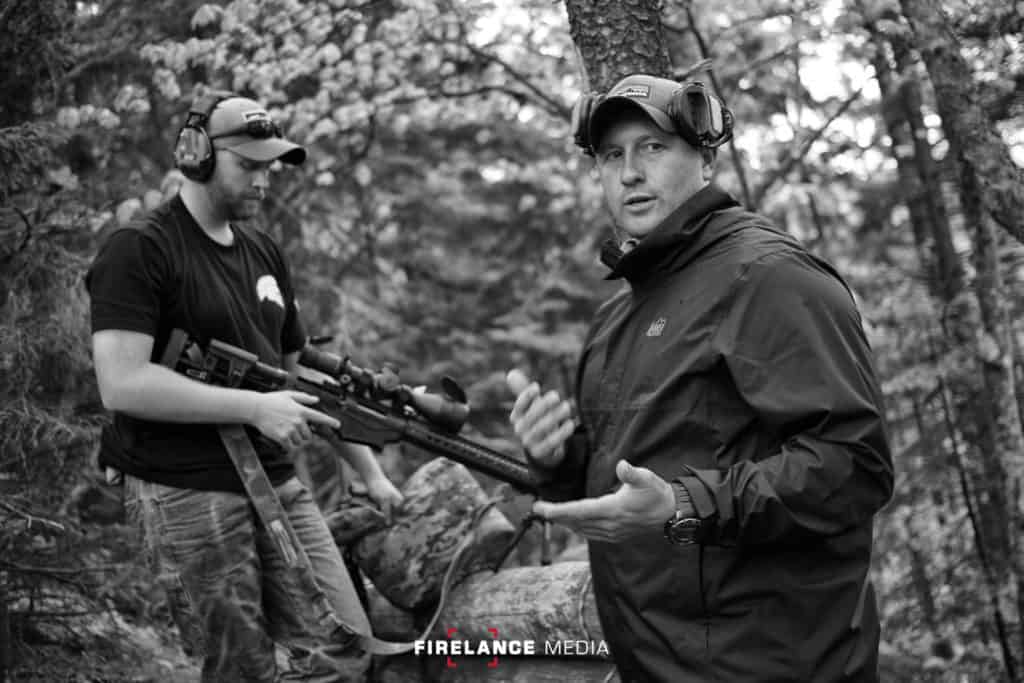 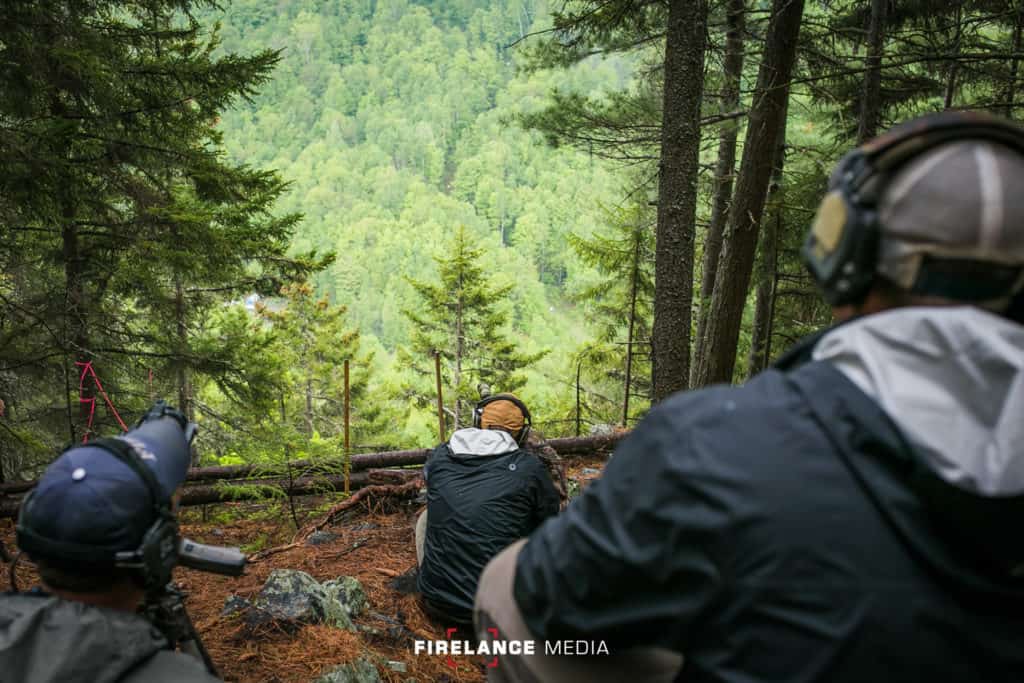 Shooting a PRS Stage at the O’Neil Rally School course

You Can’t Get There From Here (or maybe you can)

So if you’re at this point in the article, you’re probably getting a good understanding of why the Ridgeline model is going to work in this business.

Students are willing to learn. They are willing to pay hard-earned dollars to do so. But it’s not always about preparing students every second of every day for a violent encounter. They can learn real-world skills and also cut loose. You can take two completely different worlds and mash them together into something that begins to benefit multiple communities, not just the self-defense circle.

I would love to see more of these events in the training segment. Maybe something like overlanding with emergency medicine. Ice climbing and precision for hunting. Knifemaking and hand-to-hand combatives. There are a million opportunities to do cool shit and keep people interested.

If this portion of the industry is going to grow and bring in more students, it needs to stop doing the same old stuff. It needs to grow the skills of the students beyond just shooting and provide a more well-rounded experience.

Ridgeline sees the future and is certainly setting the trend.

For more information on the Fall 2018 edition of “Rifles and Racecars”, you can find Ridgeline on the Web, Instagram, and Facebook.

West Valley City, UT- SilencerCo is pleased to announce the launch of…

After some social media hubbub this week in response to a Dallas,…

Inevitably, when you enter the massive acreage that is SHOT SHOW, you…

0 Comments on "Training Insight: Just Do Cool Sh*t like Ridgeline"