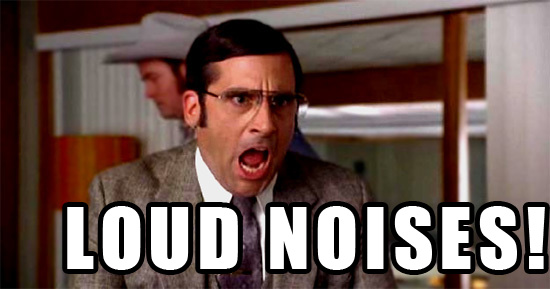 If you make gun-related or range videos and don’t concentrate on audio quality, you’re wrong. Here’s why.

According to Kleiner Perkins, “Mobile Now Accounts For 25% Of All Web Usage: That’s up from 14% a year ago”, so at this rate, most of your videos will be seen on a smart phone at some point in the near future.

You know the scene: you’re out with friends, everyone is looking at their phone and not really talking to each other, but this is what we consider hanging out. It is what it is. One of your buddies says, “Hey watch this,” and you stare at his smartphone trying to decipher whatever it is the person on the video is saying. Granted, smartphones don’t exactly have full surround sound audio to begin with, but if you can’t hear what the person is saying, or the audio clips out because it is too close to the camera when the shot is fired, or you have significant wind noise, or there is a constant hiss, all you have is the equivalent of a silent movie without the benefit of subtitles.

Too many folks that are new to using video to get their point across just don’t understand the power of good audio and don’t invest the time and resources to get it right. Spending just a *little* time here can really increase the quality of your clip.

Remember, the better audio that you have at the time of filming, the easier it will be to make it sound even better in post.

Obviously, there are a TON of options out there, so my focus for this brief article is on the one-man-band setup: the guy or girl with no additional crew to hold a boom mic or to run a sound board during filming.

The mics that are built in to the camera are crap. They are there to capture reference audio at best. They are not meant to capture pristine sound. Stop using them for your videos.

Most digital cameras these days have inputs for external mics so invest in a good external mic that will bypass the built in mic and give you cleaner sound. One of the best benefits overall is the windscreen that comes on them. Wind noise is the bane of any outside video so eliminate it to the best of your ability.

I like the RODE line of VideoMics for affordable external lightweight mics. They are readily available everywhere and will give you much better sound than an on camera mic. They will not eliminate ALL noise, and they still fall victim to distance, but it is better than whatever is built in to the camera.

A step up from an external camera mounted mic is a lavalier microphone. There are hundreds out there, but I use the Tram TR-50 for its durability and small size, but also because of the warmth of the audio it produces.

Depending on where I am, I usually capture the audio from the TR-50 directly into a Zoom H1 Ultra Portable digital recorder. This allows me to capture either WAV or MP3 that I can sync with the video later on. The Zoom H1 does not have all the bells and whistles of the more expensive digital recorders, but I’m not podcasting with multiple people here, I am capturing a single source.

PUTTING IT ALL TOGETHER

If you need to sync audio to your video, you don’t need to use super expensive audio/video processing software like Final Cut X, Logic, or whatever it is that PC users use these days. Get something free like Audacity and learn how to clean out any remaining noise from your audio. I have been using Audacity for quick edit jobs and it does exactly what I need. Then use iMovie or your editor of choice to sync this audio to your clip.

Remember, good audio is KEY to good video. Do it right from the beginning and your viewers will be much happier.

NOVESKE PRESS RELEASE Dillon brings to the company over 25 years…

2 Comments on "The Overlooked Ingredient in Most Firearms Videos: Audio"