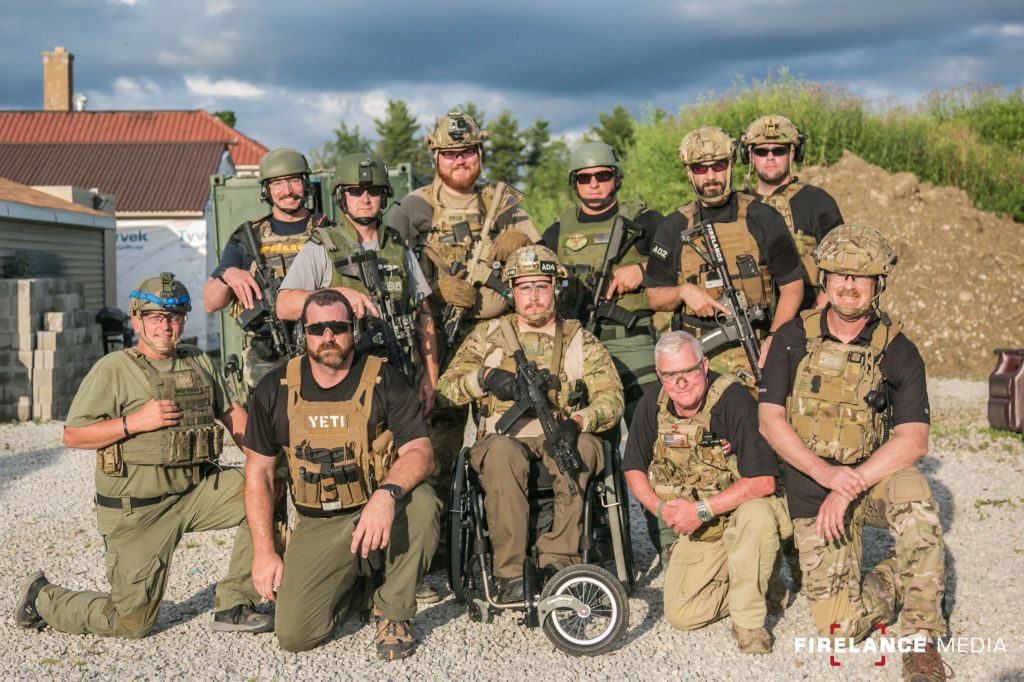 At the end of EAG CQB Ops, I immediately asked Pat Rogers if there was room in the upcoming Shoothouse class (the component I was unable to attend prior to CQB).
I felt that there were gaps in my fundamental shoot house training that I wanted to rectify so that I could better process a room. And I’d be lying if I said I wasn’t searching for some level of self-redemption as well.

Having now gone through this class, my confidence in working problems, seeing shapes, and processing rooms has gone up exponentially. I would say I am now somewhere between “mouth breather” and “only slightly retarded”….a huge improvement.

I had the chance to work with Cam from F3 Tactical all week. Cam had just gone through this same class a few weeks prior so he was very squared away. I was doing my best not to ruin the week for him by being his boat anchor. While he is naturally quiet, I’m a talker. That said, despite how much I run my mouth outside of the shoot house, inside, we kept our communication to a minimum and found that we began to flow much more naturally, only speaking when absolutely necessary. We didn’t TRY to make this happen, it just DID. This happens towards the end of class as the teams become much more in tune to each other’s movements.

That said, a difficult part of the week for me was trying to talk to inanimate objects. I’m not sure why this happens, but even with role player voices from the instructors, the conversations with the “unknowns” felt unnatural and several times I forgot how to use the English language. This was the same feeling I got during the prisoner control portions of CQB Ops.

I spent a lot of my time looking through a camera lens, and while I captured images from the class, it gave me the chance to see and review things that others didn’t.
ProTip 1: Get a camera and film yourself or have someone take pictures of you. You learn infinitely more by reviewing images and video than relying on memory.
ProTip 2: Any chance you get, talk to Pat about photography, shut your mouth, and listen. He has BTDT with a camera as well.

The connection between our minds and bodies is strange. Thinking, moving, talking, tunnel vision, etc: all that sensory overload gets highlighted in a course like this and is humbling, especially when you think that you have been mastering all of those skills your entire life.

The days and nights at class were long, and with such a small class size, I felt incredibly fortunate to get 22 runs through the house. MUCH respect to the instructors for giving us that opportunity. Their energy was infectious and kept us all motivated.

Run after run, there was always something to do better, smoother, and with more efficiency. The instructors (Pat, Yeti, Doc) were great at asking us questions about our performance in the moment, so we could better internalize what we had done wrong. I loved this method of learning. We also took the time to debrief after every run so we could discuss with the other teams some of the common pitfalls and learning points.

My biggest eye-opener of the week came when, on a night run, Cam and I exited a room, cleared the hallways (or so we thought) but both failed to raise our lights high enough to identify a threat in a long hallway. (Pat mentioned this in his AAR)
This is a prime example of what goes wrong when you are not keeping your head and lights up, moving too fast, and not seeing everything that needs to be seen. We heard the “aloha snack bar” and were both told we were killed. That sucks. I’m still beating myself up over that one because it goes against the basic fundamentals of what we were learning. But this is why we train.

Here is what we saw

Here is what we should have seen

KEEP THOSE LIGHTS UP!

Without stepping through every run, by TD4, I felt like we were moving pretty naturally through the house and working well as a team. We slowed down, would take our problems as they were presented, did not over communicate, and our accuracy was on point as well. I guess we had finally learned the meaning of OFFSET! It was rewarding at the end of a run to get a fist bump and then be told to get the fuck out of the house.

From the less technical aspect, here are some other points of note:

Overall, it was an incredible class. Since there were only 7 of us as students, the camaraderie was strong and made for galactic amounts of ballbusting. Proud to now call these guys my friends.

EQUIPMENT SIDENOTES:
On TD3, while sitting on a break, Yeti looked at my rifle and noticed that I had a baffle strike on my Battlecomp. WTF? I was running a 11.5” SBR and have put over 10K rounds through that comp. Rather than cause safety concerns by using it any more, I switched out the upper to a spare 16” that I had on reserve.
After several conversations with the jedi at the class and speaking with Battlecomp directly, everyone came to the same conclusion that it was an ammo issue. I was using Lake City that I purchased just prior to the class. Just one of those fluke things I guess.

My kit for class:

Full Gallery Of Photos Can Be Seen Here